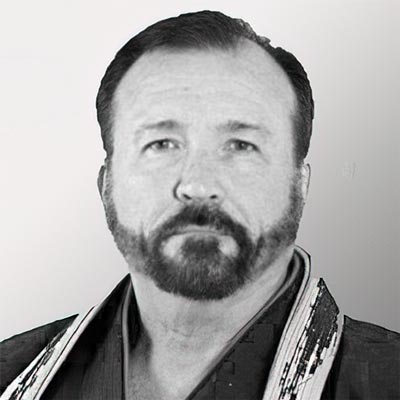 Jeff Speakman is an expert advisor for Global Trust Group in the areas of human and organizational behavior,  which he has applied throughout his career and his mission of sustained excellence through the martial arts.

Jeff is a world-renowned leader in the martial arts, a passionate speaker, instructor, and founder of Jeff Speakman’s Kenpo 5.0, which has franchise schools in over 20 countries.  Jeff’s film career includes 10 feature films such as “Perfect Weapon” (Paramount), “Street Knight” (Warner Bros.), “The Expert” (MGM) and “Escape from Atlantis” (Universal), Jeff produced 3 of these films.  Jeff has been inducted into the Black Belt Hall of Fame, the World Martial Arts Hall of Fame and the Masters Hall of Fame.

Jeff is a certified Defensive Tactics Instructor (DTI) for the Department of Justice, teaching DEA, FBI, Homeland Security and Department of State, and the “sharp edge weapons instructor” for the California Department of Corrections teaching at Pelican Bay and Folsom.

During his undergraduate studies at Missouri Southern State University in the early 80’s Jeff excelled in the behavioral sciences division of his declared degree of General Psychology. Passionately dedicated to the discovery and application in both the micro and macro vision of the science of behavioral management Jeff found his approach to understanding human behavior. So successful was he in this pursuit, his senior thesis consisted of instructing the incoming freshman class on their section on behavioral management under the direct supervision of department head Dr. Merrill Jenkins. From that point on Jeff was able to apply his classroom knowledge into everything in his life finally culminating in building the largest Kenpo organization in history with franchise charter schools in 18 countries. This understanding of the basic precepts of the “punishment/reward cycles of human behavior” gave Jeff the edge to complete tasks and achieve accomplishments never done before. This working model is the underpinning of Jeff’s motivational speaking career from the perspective of “sustained excellence through the martial arts”. By laying out the basic principles of behavioral management with real life examples of his impressive list of accomplishments in both martial arts and business Jeff’s message of “responsible leadership” and “embracing change to create the future” is a message and a messenger whose time has come.